Come bathe in pure sounds that will take you on a deeply transformational journey!

The Soundshower combines chimes, tibetan bowls, flutes and vocal harmonics. During a session you will be invited to lie down and immerse in vibrations created by these special instruments. Throughout the “Shower” different instruments are carried around the room and sometimes placed physically on the body.

Flutes and voice are used to create a magical musical journey and overtones charge the brain and energise the body. The aluminum chimes which are at the centre of the Soundshower are tuned to the earth year tone. This tone is the sound created by the earth’s movement around the Sun. The 32nd octave of this movement is C# at 136.1 hertz. This Tone is intimately tied with the year’s cycles and season changes .In India’s ancient tradition this note is considered as the universal sound (Aum) and is the preferred note to tune their instruments and meditate to. Music played by instruments tuned to the earth year frequency naturally slows down brainwave activity and heart rate and induces a deep meditative state. Being exposed to these healing frequencies enhances a physical, mental and emotional calibration to the human body and energy field . Pure frequencies shift and release stagnant energy and tension accumulated in the body .

The Soundshower re-aligns and harmonises body/mind and is a very relaxing and refreshing experience. It releases stress and anxiety increasing focus clarity and insight. 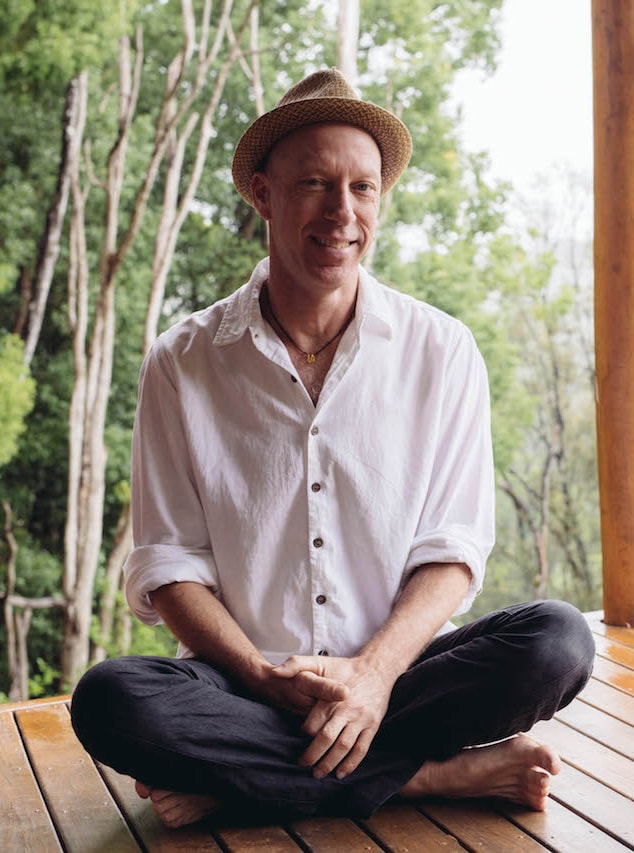 Multi instrumentalist, producer and Sound therapist Avishai Barnatan plays a variety of exotic wind instruments. He was initially inspired to play music during his extensive travels where he experienced the power of music as a universal language and the immediate way it created unity and opened hearts everywhere he went. Following this realisation, Avishai became a full time musician involved in many musical and healing projects and has toured internationally with his band Sheva.

Since 1990 Avishai has been exploring the nature of sound and its therapeutic qualities as a tool for physical & emotional transformation and healing. Inspired by modern scientific research as well as ancient esoteric and mystic knowledge, he has developed his own style of soundhealing . He facilitates group and private sessions with people of diverse backgrounds and conditions such as various addictions, anxiety and stress-related symptoms, applying different techniques of vibrational therapy. These sessions are a deeply nourishing experience.
Avishai has facilitated “Soundshowers” in festivals such as Wanderlust, Byron Spirit festival, Evolve Yoga fest, Jerusalem Sacred Music Festival and Uplift festival. He regularly holds sessions at Yoga studios around Australia.