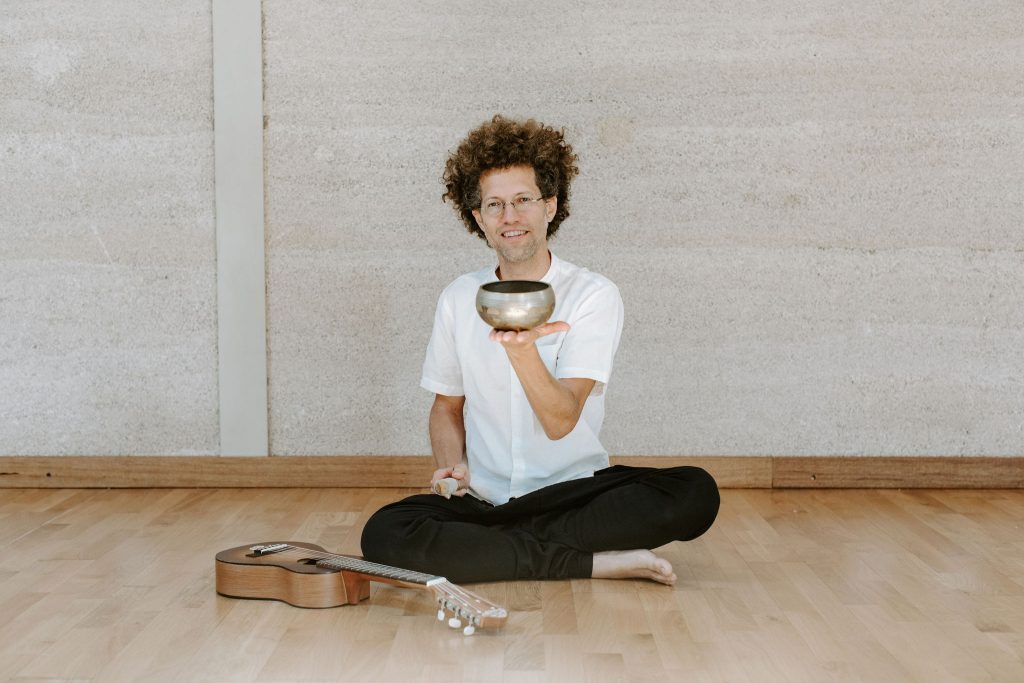 Ohad is a yoga and meditation teacherr, kirtan artist, music producer, writer, composer and performer. He has completed his diploma at the Academy of Yoga Science teacher-training, one of the longest operating and respected yoga schools in the world. Ohad has been teaching for over seven years and has spent more than 15 years practicing different yoga techniques, such as vinyasa and ashtanga, as well as qi gong, transcendental meditation and buddhist vipassana meditation. Ohad loves sharing music, movement and meditation with people of all abilities. He has a calm, mindful presence and carries a sense of ease wherever he goes. 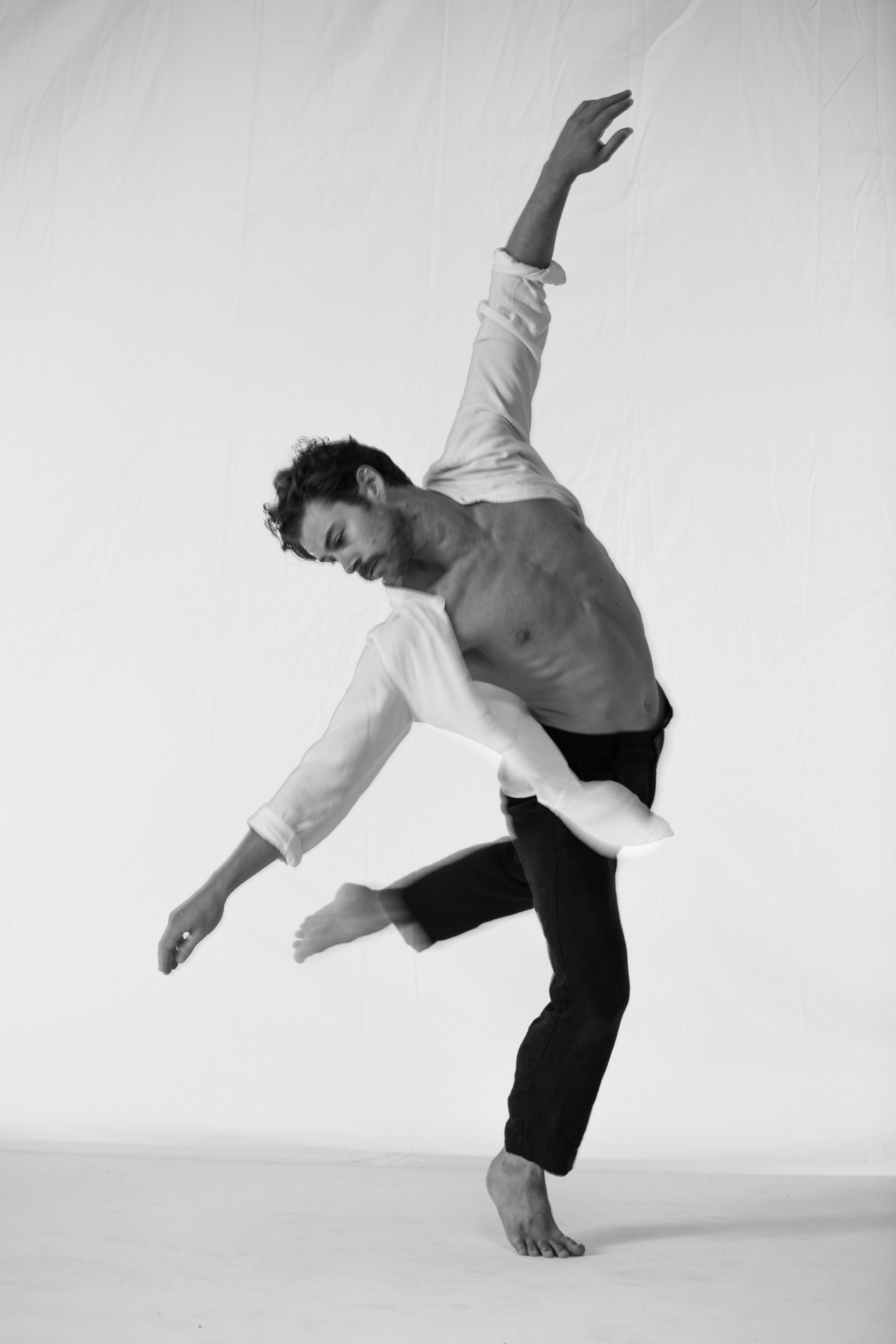 Stuart is an Australian dancer and choreographer who graduated from the Victorian College of the Arts, Melbourne, in 2008. In Australia, he worked extensively with Russell Dumas’s Dance Exchange and Linda Sastradipradja. He has also appeared in the works of Lucy Guerin, Philip Adams, and Antony Hamilton.
Since 2011, Stuart has been living and working in New York City, dancing with Jon Kinzel, Jodi Melnick, and as a member of the Trisha Brown Dance Company. He’s been described in the New York Times as a “lucid dancer with scrupulous technique”, and a “dancer of uncommon grace”. His own work has been shown in NYC at Movement Research, Center for Performance Research, Gibney Dance Center, Roulette, Chez Bushwick, Brooklyn Studios for Dance, and Cathy Weis’ Sundays on Broadway. Stuart received an MFA in Dance and Choreography from Bennington College, Vermont, in Spring 2018. 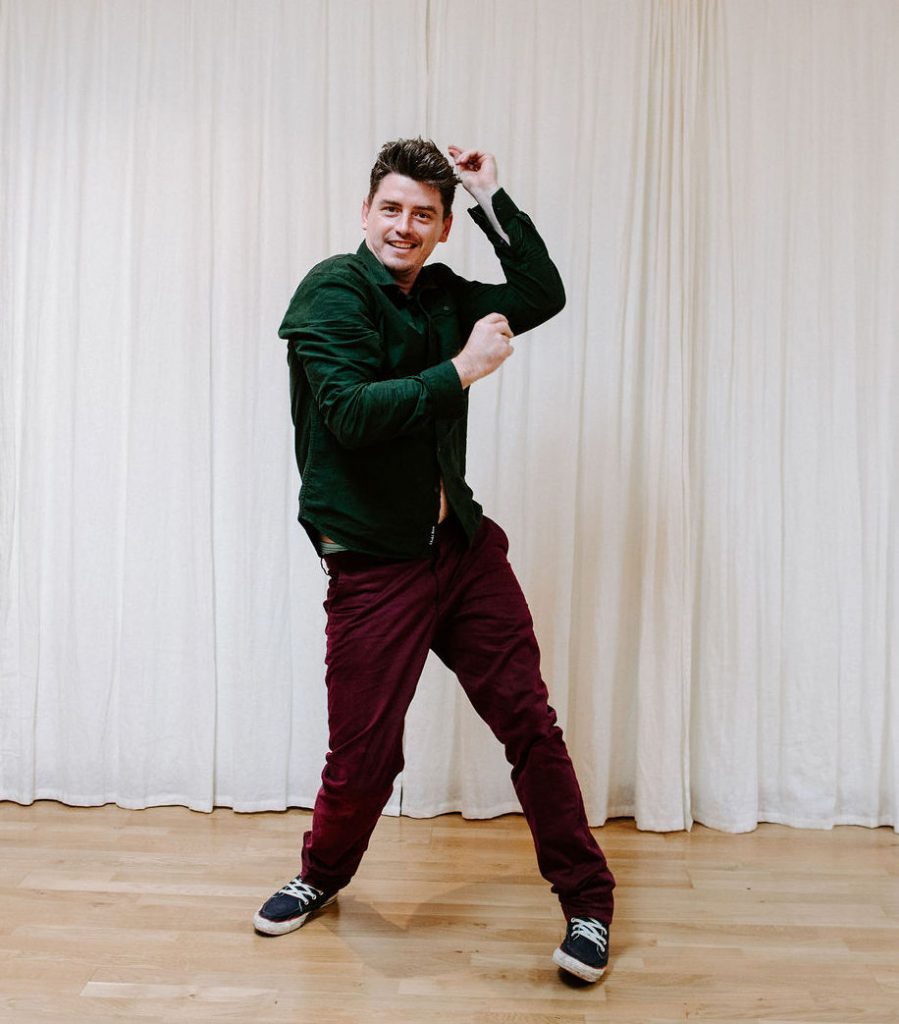 Joe Jurd is a dance and movement artist trained in contemporary release technique and improvisation. Since 2005 he has worked with a variety of choreographers and directors including Hans van den Brook (Belgium) and David Zambrano (Venezuela) with whom he studied extensively in the techniques of Flying Low and Passing Through. He was a recipient of the DanceWEB scholarship in Vienna and most recently has been travelling throughout Europe and Asia exploring the intersection of contemporary technique with Brazilian Zouk and social partner dancing. 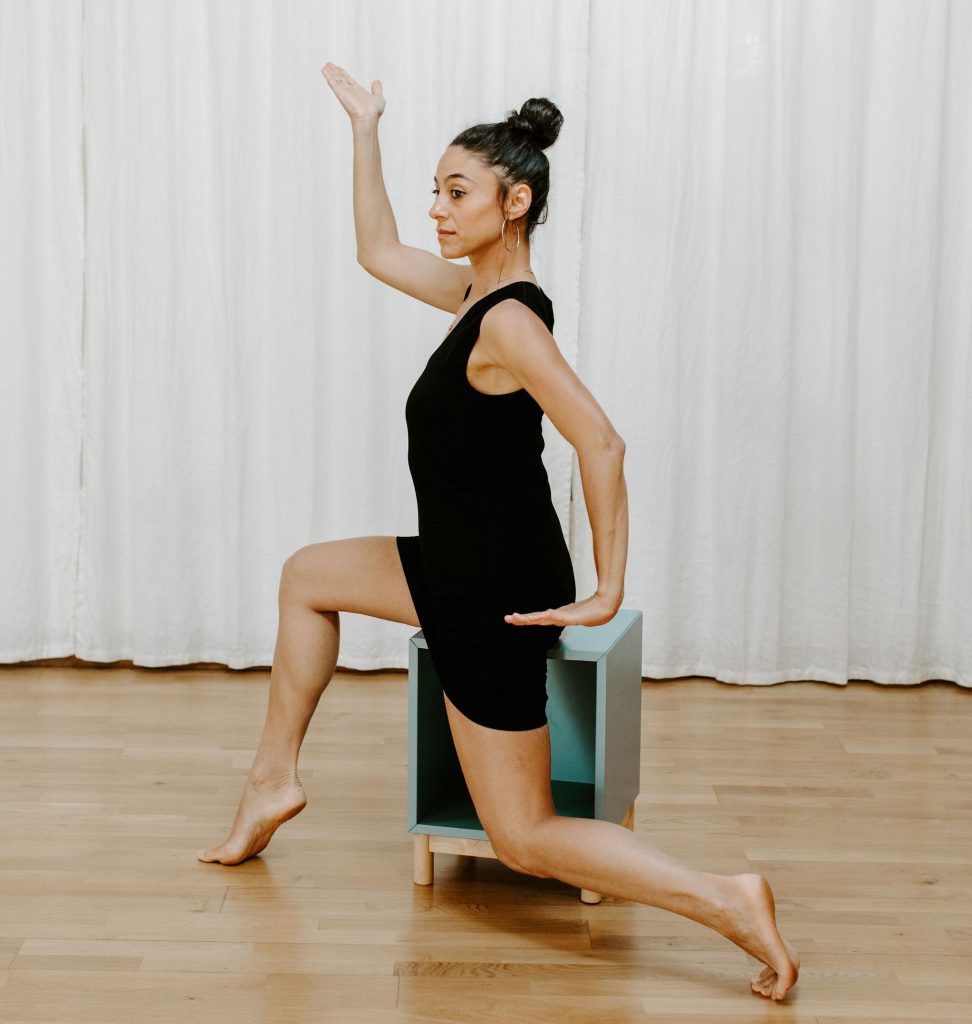 Yael is a Professional Dancer, Percussionist, Singer and an Instructor for Pilates, Zumba, Movement, Belly Dance, Samba, Afro Brazilian, Hiphop, Body percussion and rhythm.
She has danced and toured with the internationally acclaimed dance company Mayumana for 13 years.
Yael has a wide dancing background in Belly dancing, Salsa, Samba, African, Modern Dance, Ballet, Hip hop and more. She has enjoyed performing as a dancer, back up singer and percussionist alongside many well known artists ; including Dindin Aviv, Moshe Ben Ari, Lea Shabbat, as well as the Turkish Gypsy project- Anistar.

Yael has many years of experience teaching others the gifts of music and movement and has a contagious smile to share with her students! 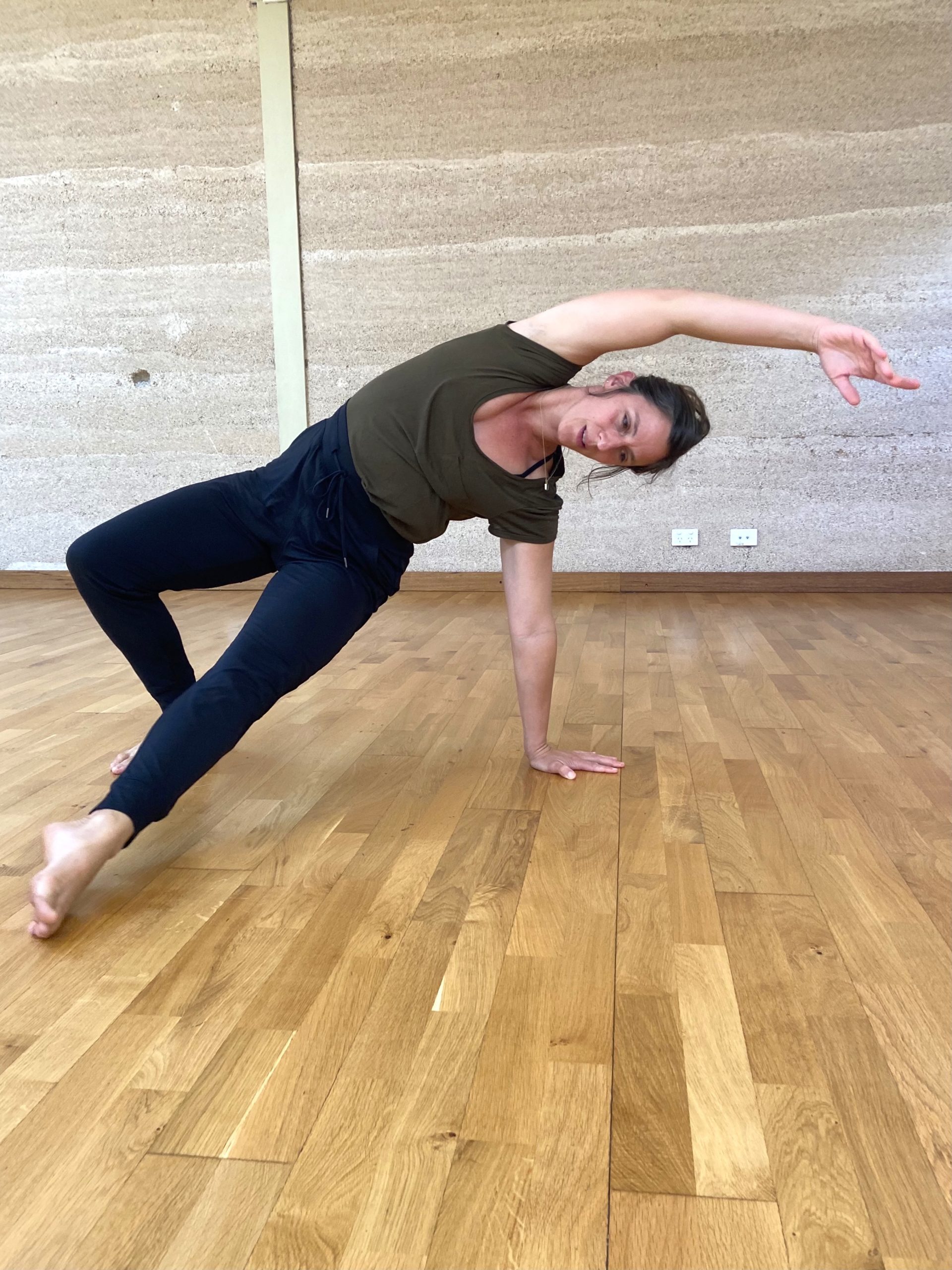 Exploration of the physical body and movement has always been a part of Anat’s life. Her journey started young as a Gymnast and later her into contemporary dance, release technique, contact improvisation, yoga, capoeira, pilates, Body-Mind Centring, authentic movement, Ilan Lev method, and more.
Since first discovering C.I. 15 years ago it has become a vast source of Anat’s inspiration, passion, joy, and personal growth. She has been dancing, teaching, learning, performing, and organizing in the CI world since then.
Exploration through movement and dance is for me a practice of presence, I hope to bring the nature of questioning as a source of curiosity and engagement. 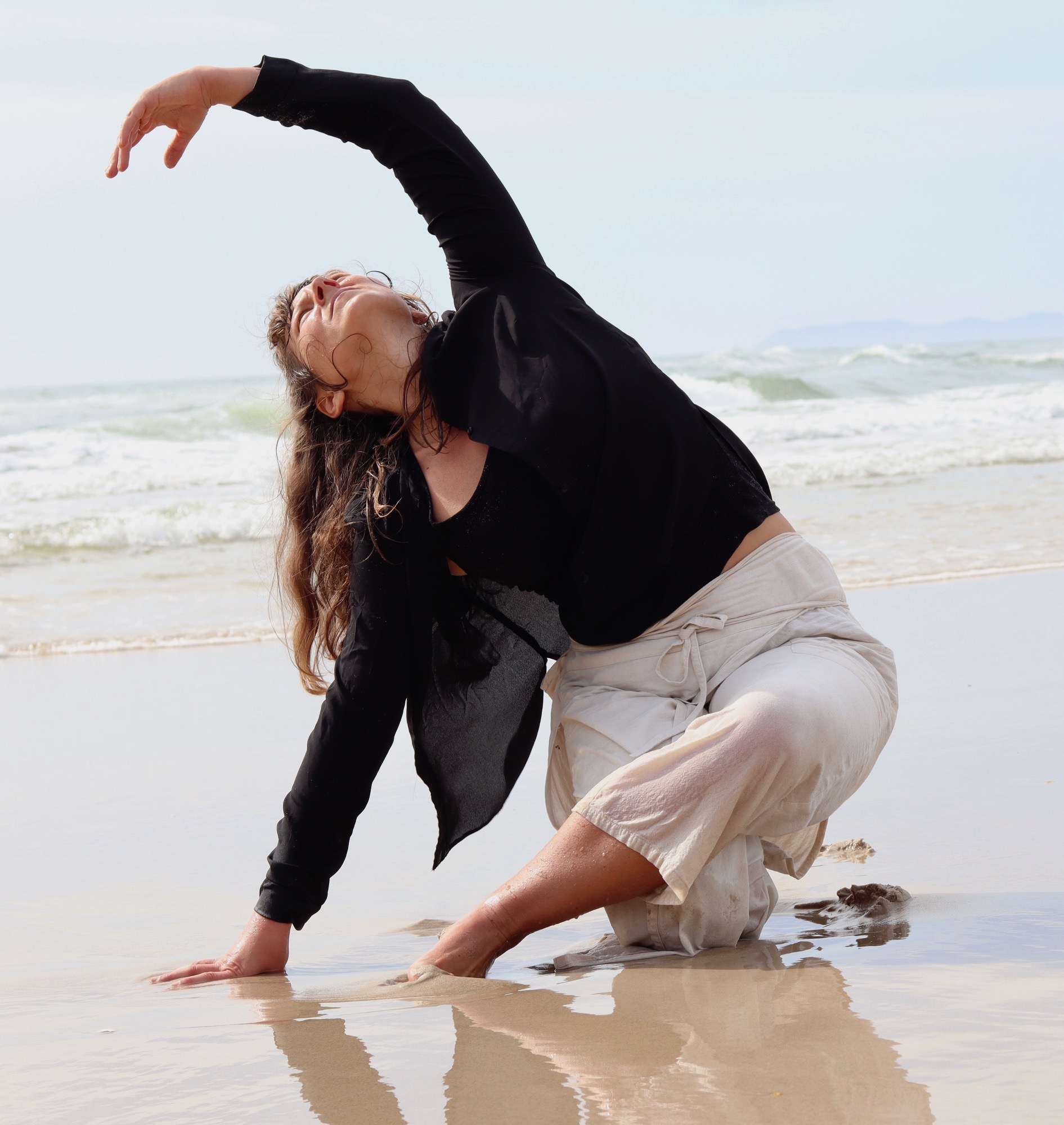 Caroline is a dance, yoga and mindfulness teacher from Sweden who has spent the last two years in Australia. She started dancing as a 10 year old, studied dance at high school and later on graduated with a BA in Dance Teachings from Stockholm University of the Arts in Sweden – former University of Dance and Circus. She is mainly trained in Contemporary dance, floor work, jazz dance, improvisation and children’s dance. Caroline has been working as a dance teacher in many different forms since 2015, in dance schools for kids and teenagers, as a freelancer teaching adults, in several projects for Afghani refugees and as a lead dance facilitator for teenage girls who are dealing with stress and anxiety. Regardless of the target group, one of her main skills is to create a safe, relaxed and playful space for her students to explore and develop in, both as movers and human beings. 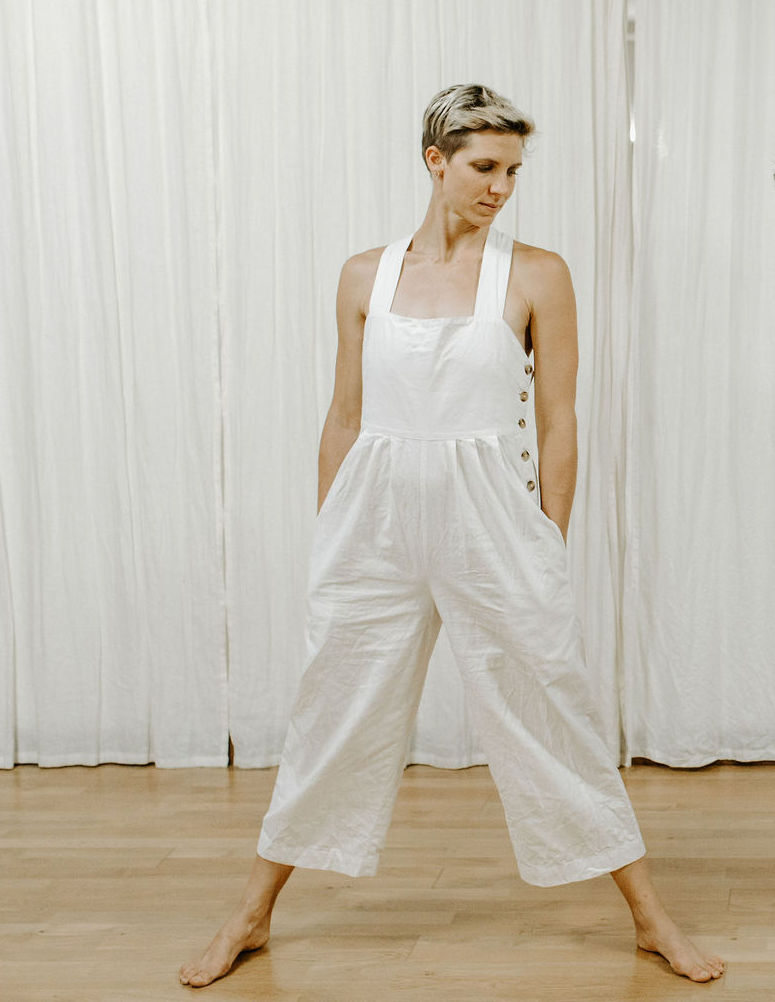 Meggie is a dance/movement facilitator and performer. Her experience began in the USA where she grew up training in dance, theatre and gymnastics. She spent 6 months a year on water skis, training and performing on a waterski show team from 1995-2001. Meggie moved to Australia in 2006 to raise 2 children. Since then she has studied natural medicine at Endeavor College and trained in the Nia Technique, achieving a brown belt certification. She has been teaching and practicing Nia and other dance forms since 2012. In 2018 she co-founded WeMove Studio in Mullumbimby, where she continues to coordinate a variety of dance and movement classes, collaborates with many artists and curates events for the community. Meggie practices improvisation, contemporary and other dance forms and has co formed the WeMove Ensemble with three other dance artists. Meggie became a certified Rhythm Works Integrative Dance in 2019 and offers classes and private tuition to adults and children with disabilities as well as giving classes in fitness, movement research and developmental practices. 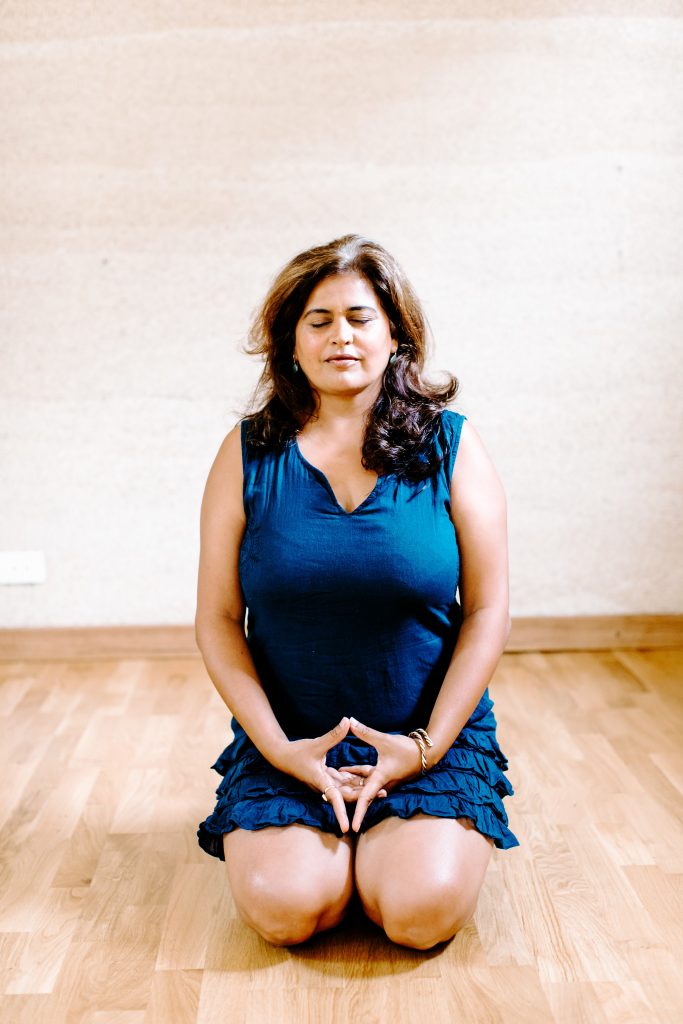 Ritika has been a seeker for most of her life. The question of “who am I”and “what am I doing here floating on this little blue dot in space” have haunted her all her life. She has spent the last 10 years in India exploring different schools of thought that address these questions. Ritika uses pranayama(breath work) and Kriya (energy work) to create a dance of energy that awakens your chakras and allows you to drop into the silence of your heart. If you have ever wanted to meditate and didn’t know where to start or find it difficult to quieten your mind, come experience a class with Ritika. 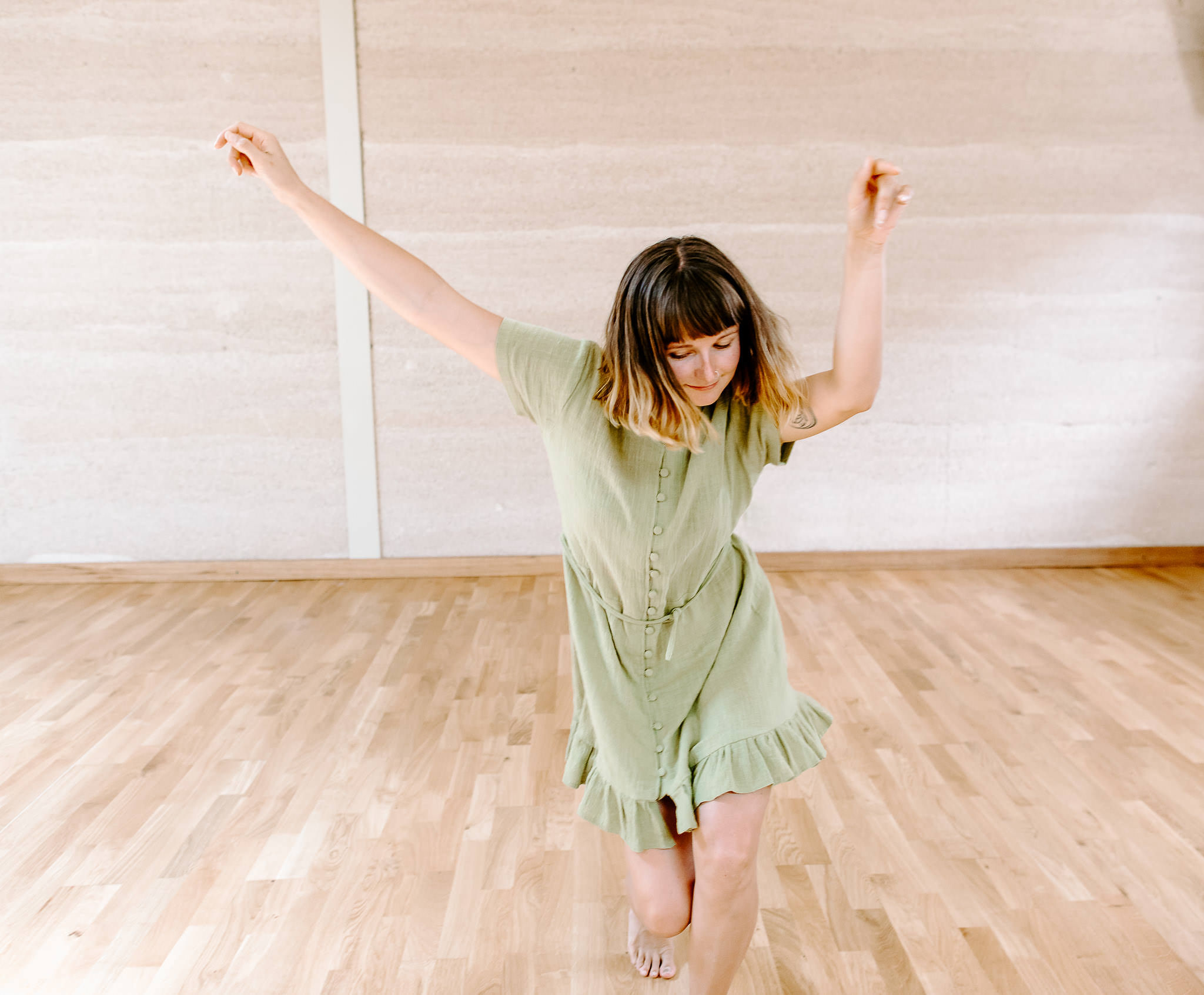 Charlie is an interdisciplinary artist who works predominately in the field of movement and performance art. She has studied dance in New York with Movement Research and in Melbourne at Deakin University where she completed her Bachelor of Creative Arts majoring in Contemporary Dance. Charlie has experience performing, choreographing and teaching many styles of movement such as Postmodern, Contemporary, Movement Improvisation, Jazz and Hip Hop, she often works collaboratively with other dancers and artists of other disciplines such as visual artists, musicians and spatial film practitioners. She loves using movement to connect with community and to inspire personal development. 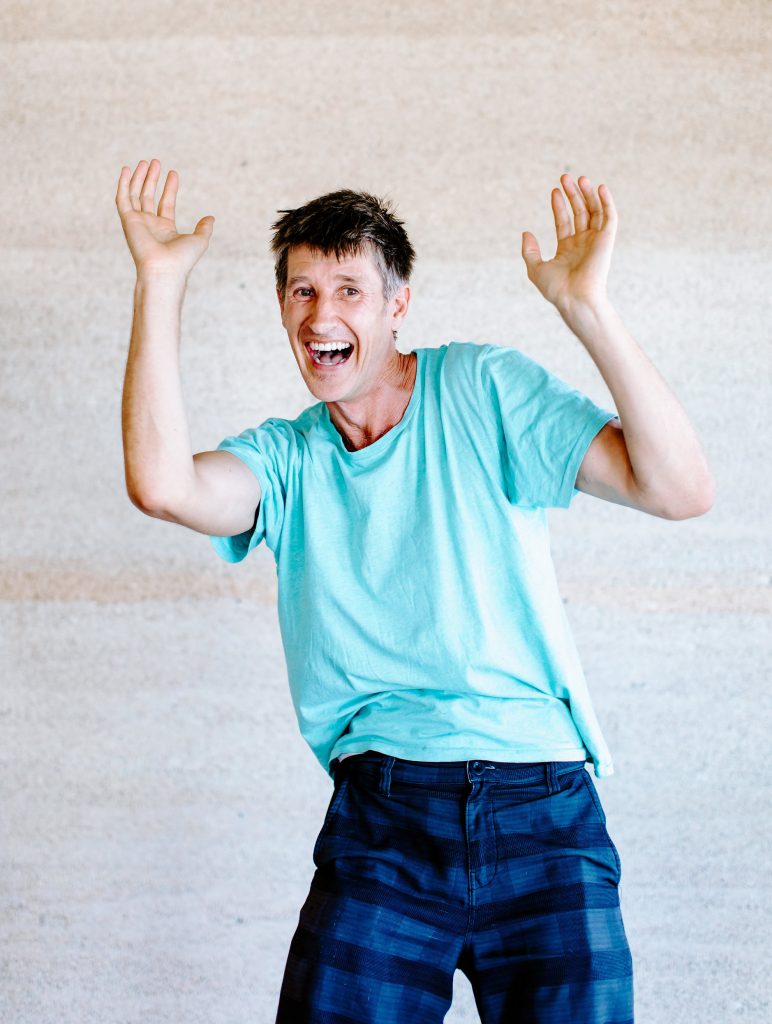 Chad Beckett works with Actors, Singers , athletes, teachers, drug & alcohol rehab , anxiety & depression and neurological conditions using movement, voice and rhythm exercises. He began yoga and qigong while studying at Wellpark Ayurvedic College in the late 90’s & has been teaching movement since 2001 and gyrotonic since 2004. Coming from a background in drama he was taken by the similarities between traditional Japanese performing arts training and modern day movement modalities. The aspect he loved most was expression through movement and voice & now enjoys creating & discovering ways to fully embody our voice and body through increased energetic awareness. He loves working with people to find their deep presence as a springboard to creativity in each moment. He is a physical /vocal therapist who lives and works in Mullumbimby. 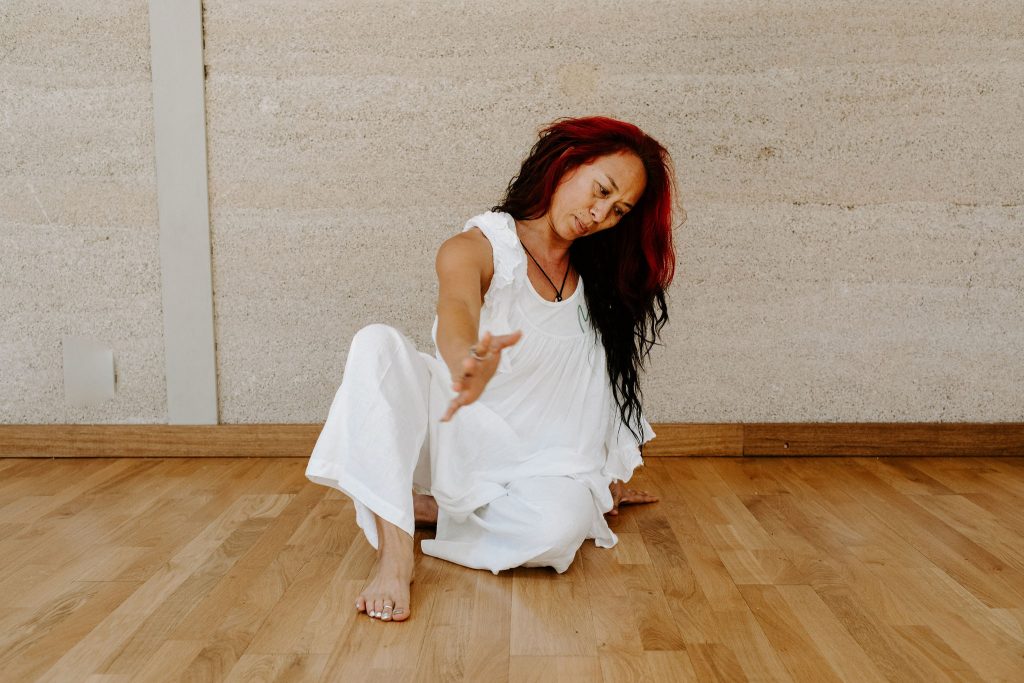 Rangimarie is passionate about sharing Movement Intelligence with the public for creating optimal health. She is an advocate for young people and First Nation people’s cultural lore and traditions and a mother of four children. Rangimarie is a recognised community member and leader in the far north coast of Australia where she is acknowledged for her vast skill based teaching and unique delivery of Movement Intelligence programs with first nation peoples and reconnection to country, arts and multimedia programs. She presents a wholistic approach for individual and community wellbeing, pioneering initiatives for the nation and globally. Rangimarie also has a background in Kapa Haka Maori performing arts dance theatre and Hip Hop.

“Movement Intelligence has brought a new lens to my movement. I have gained broader insight, ease and grace. But, most importantly an efficiency of stability and care, creating a foundation of ‘Biological Optimism’, which I have never experienced before”. 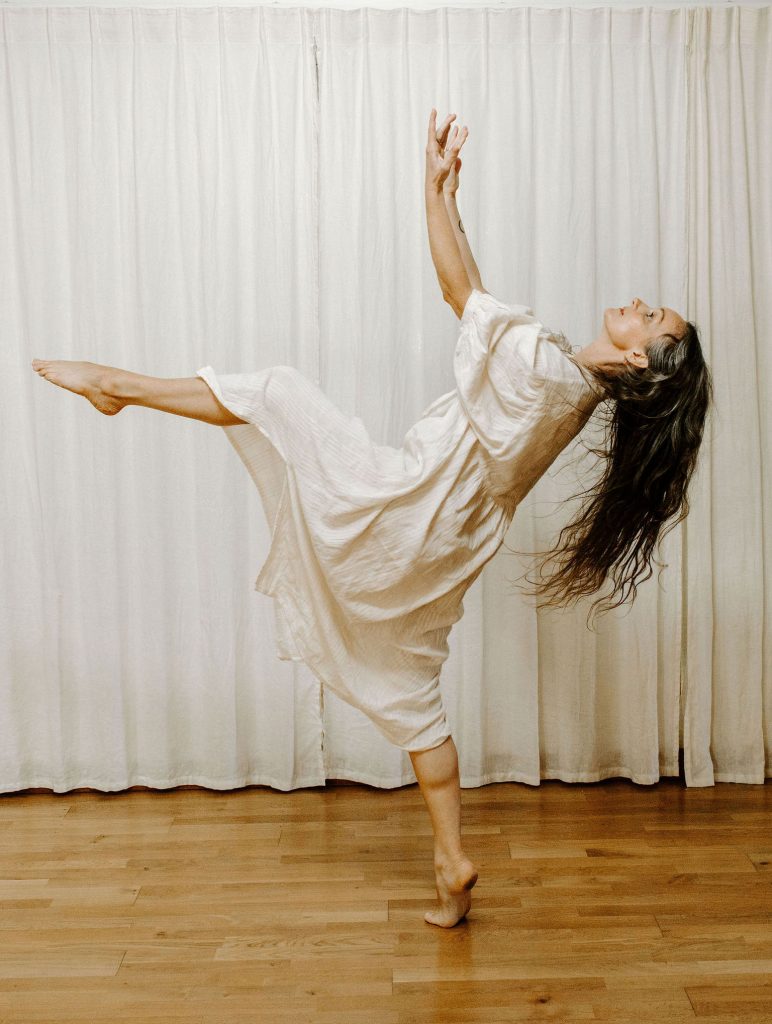 Talulah grew up doing ballet in country towns all around NSW, and went on to obtain her BA in Dance in Sydney. She pursued performance opportunities while teaching hundreds of kids and adults all over Sydney for twelve years. After the birth of her second son, Talulah developed severe arthritis and was unable to dance for several years. She healed herself, and slowly returned to dance through improvisation, finding a deeper joy in dance along the way. Now a mother of four, Talulah has refined and focuses on what she truly loves in dance.
She shares this love and joy in her daily improvisation posts, through collaborating with other dancers and teaching adult contemporary classes. 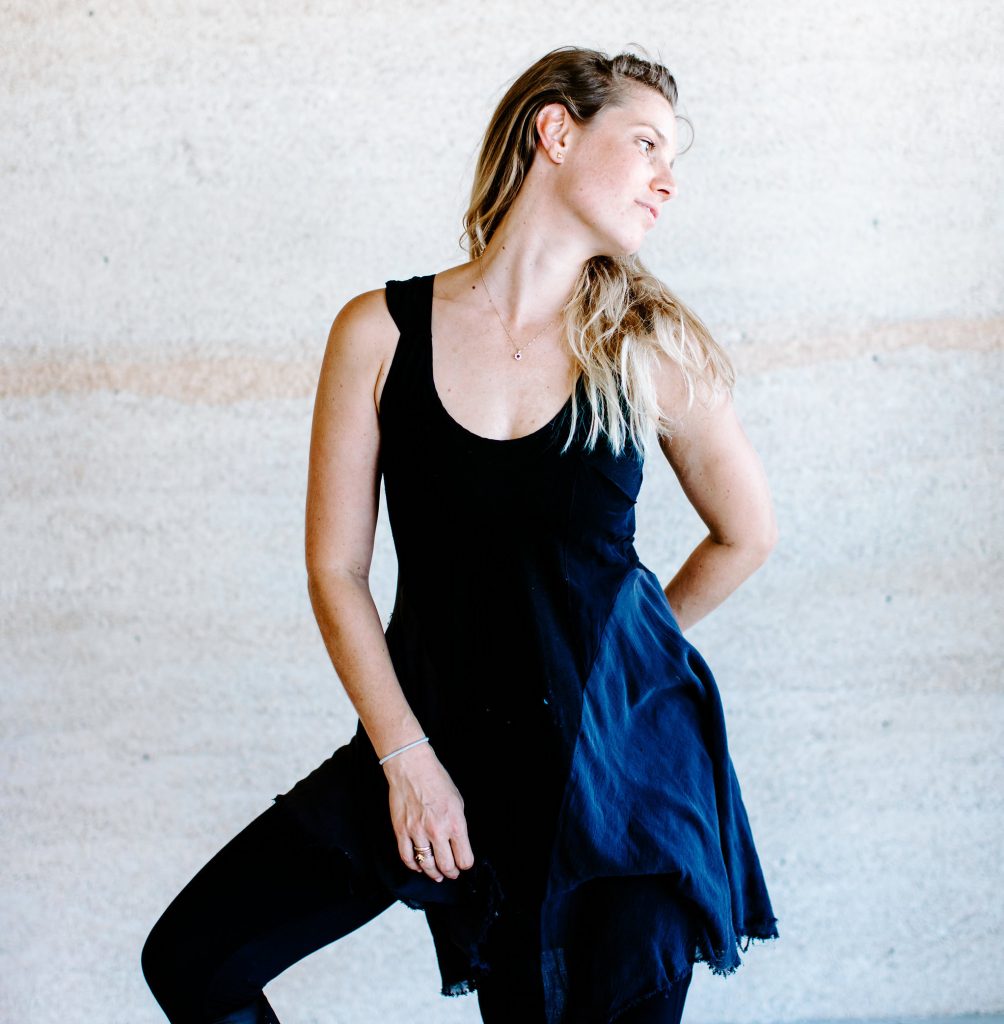 Alona Rosenberg is a passionate movement teacher, performer and Choreographer. She was born in Tel Aviv, Israel and is currently based in Mullumbimby, Northern Rivers region of NSW where she Co – Founded WeMove Studio, a community hub for dance and Movement. Alona has worked as an independent artist, dancer and choreographer in Australia as well as over seas, She graduated from the Thelma Yellin performance and arts school and has a BA in design and psychology from the Open University, Israel. She danced with the Dirty Feet collective in Sydney, and participated in different site-specific dance works. Alona has worked with Yasmin Goder Company in Israel, has participated in Ohad Naharin’s Gaga technique intensives and has worked as a dance teacher for kids at ‘Big Steps little Feet’ in Sydney. Since moving to Mullumbimby 3 years ago Alona worked with Kimberley Mclntyre in her choreography projects, and some other independent Improvisation ensembles, and collaborated with a number of local artists and creators. 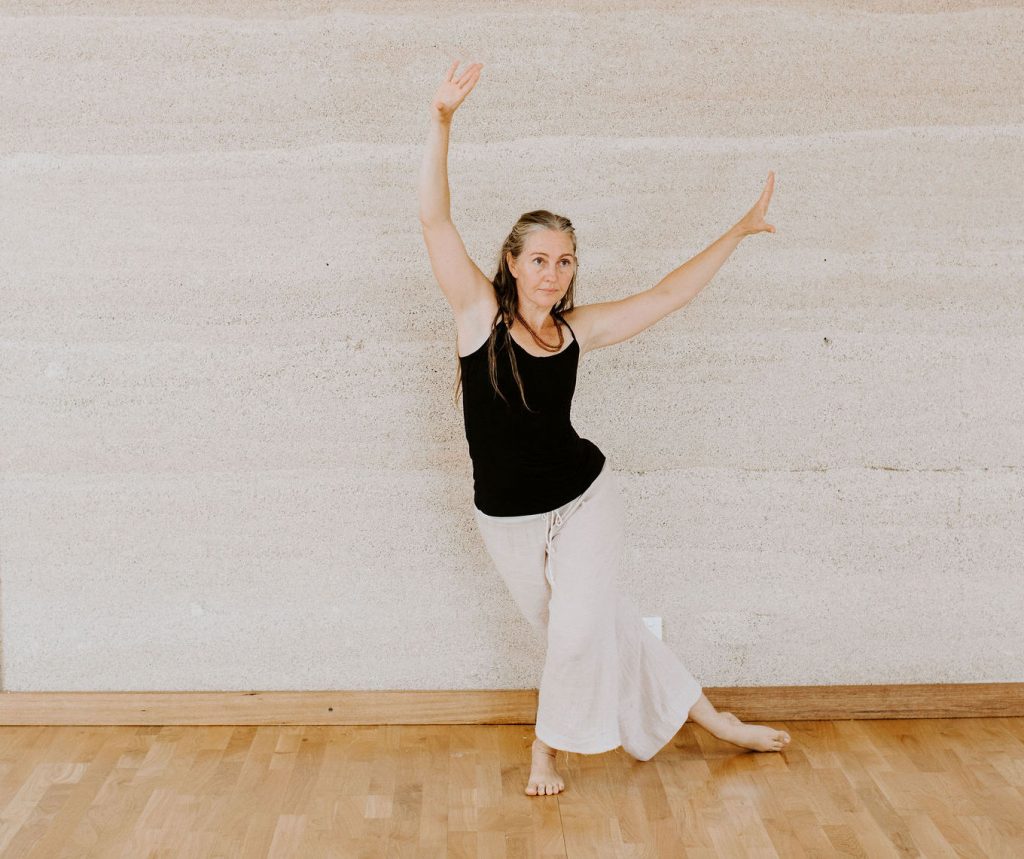 With a passion for intelligent movement Tora has trained and worked across several forms of dance and theatre in both artistic and therapeutic contexts. She holds a degree in Dance, Diploma of Yoga and is a Lvl 1 Ziran Qigong instructor. A spirited teacher, her creativity and adaptability is anchored by an appreciation of form and structure. Her natural warmth and ease  invokes beautiful and dynamic movement. In her classes she teaches foundational techniques in a creative context and encourages her students’ to explore of their own unique potential for movement. Tora continues to train under Master Liu Deming, lineage holder of the Zi Ran Men martial tradition and founder of Ziran Qigong. 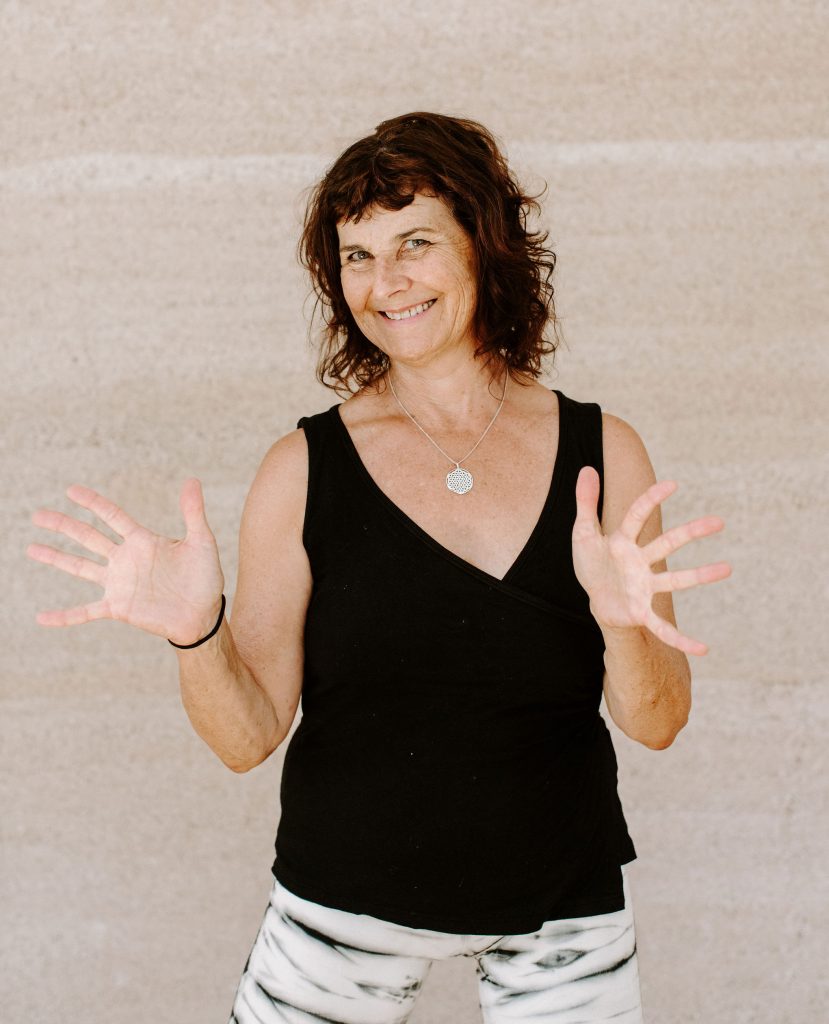 Julie Bartley is an accredited Nia- Brown Belt and 5 Stages teacher. She comes from a dance and healing arts background. She has a Diploma in Shiatsu and Aromatherapy, a Dip Ed (Prim) and has completed the Journey Practitioner Program. She brings a freshness and enthusiasm to her classes. The emphasis is to have fun, creatively express and enjoy the process of moving your bodies in ways that feel good, no matter what age or experience, in a safe and supportive way. 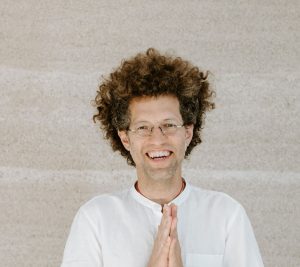 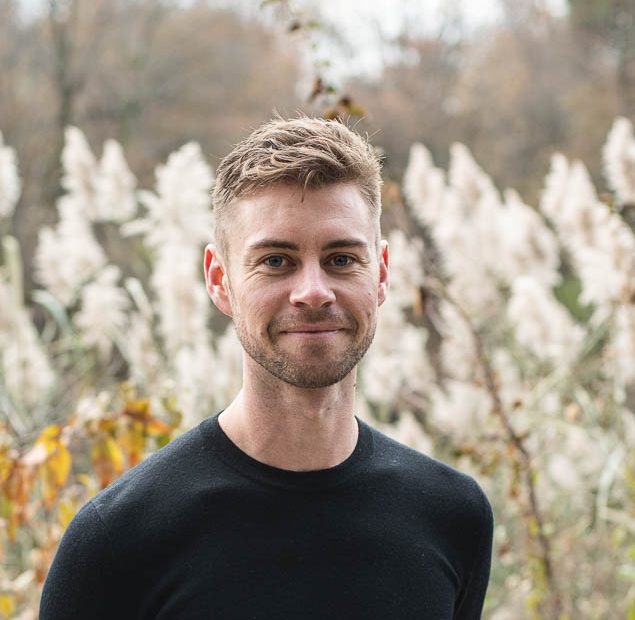 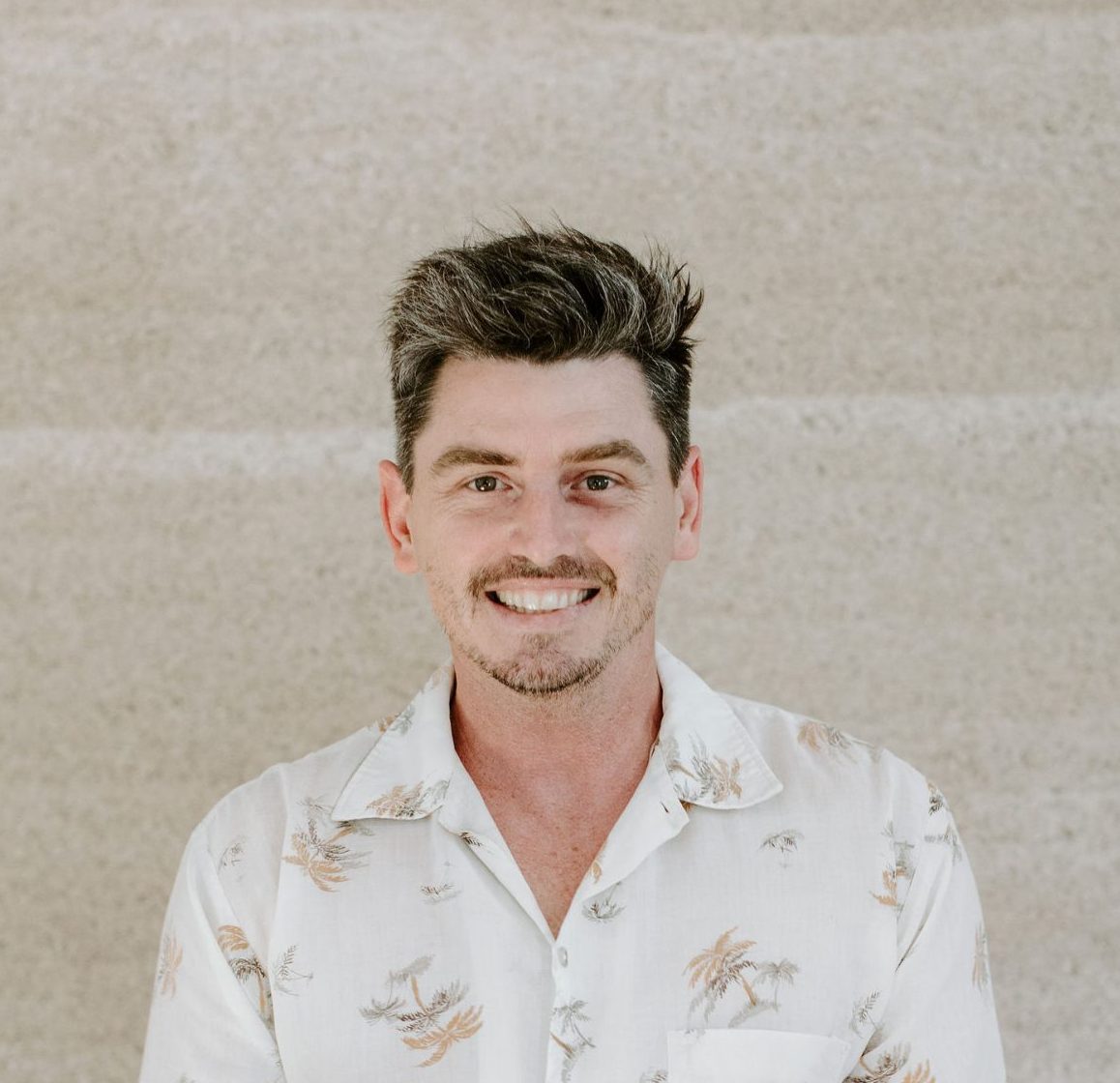 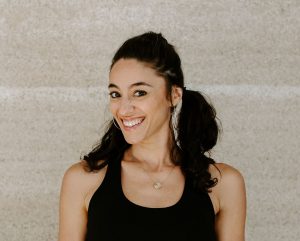 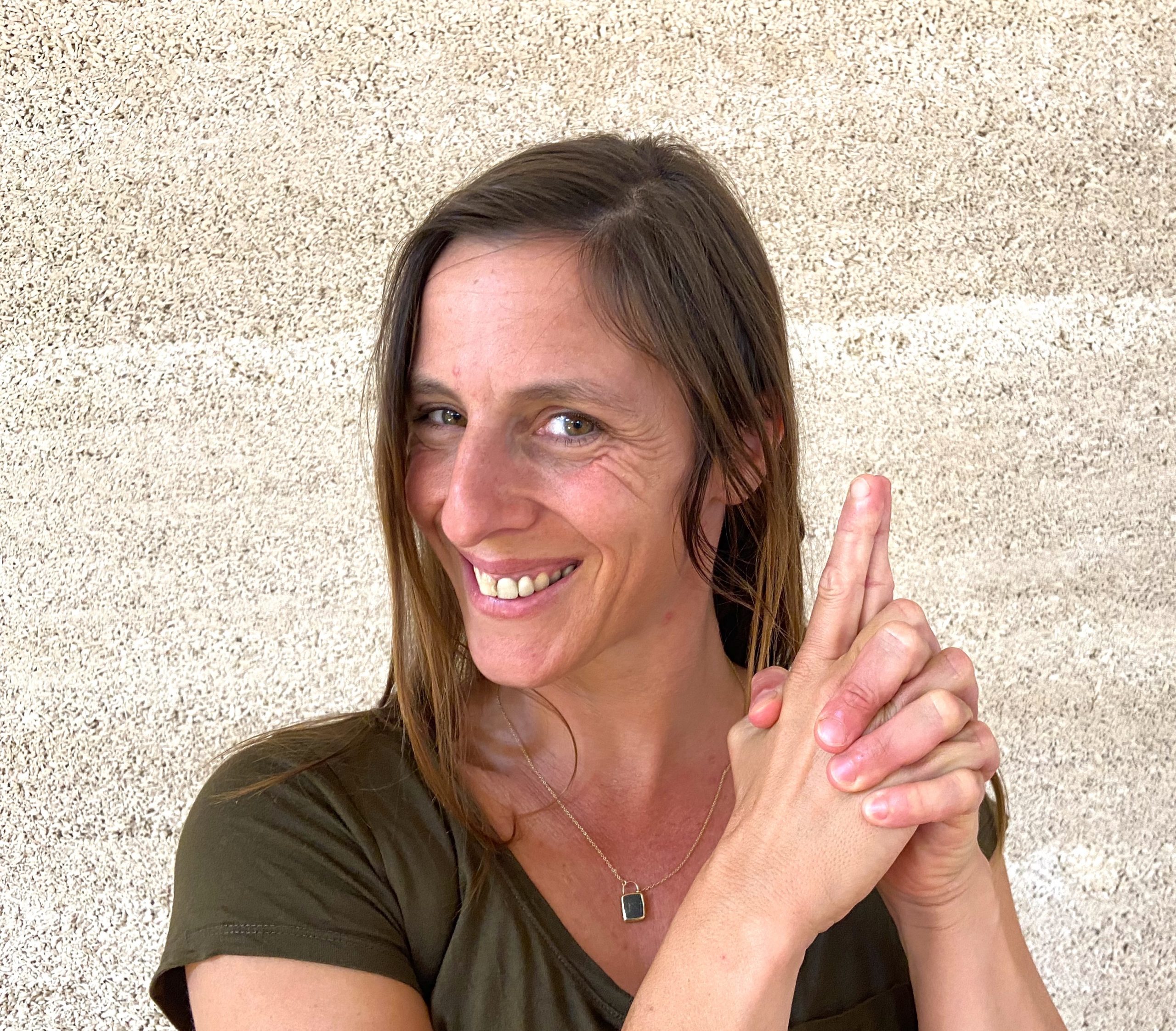 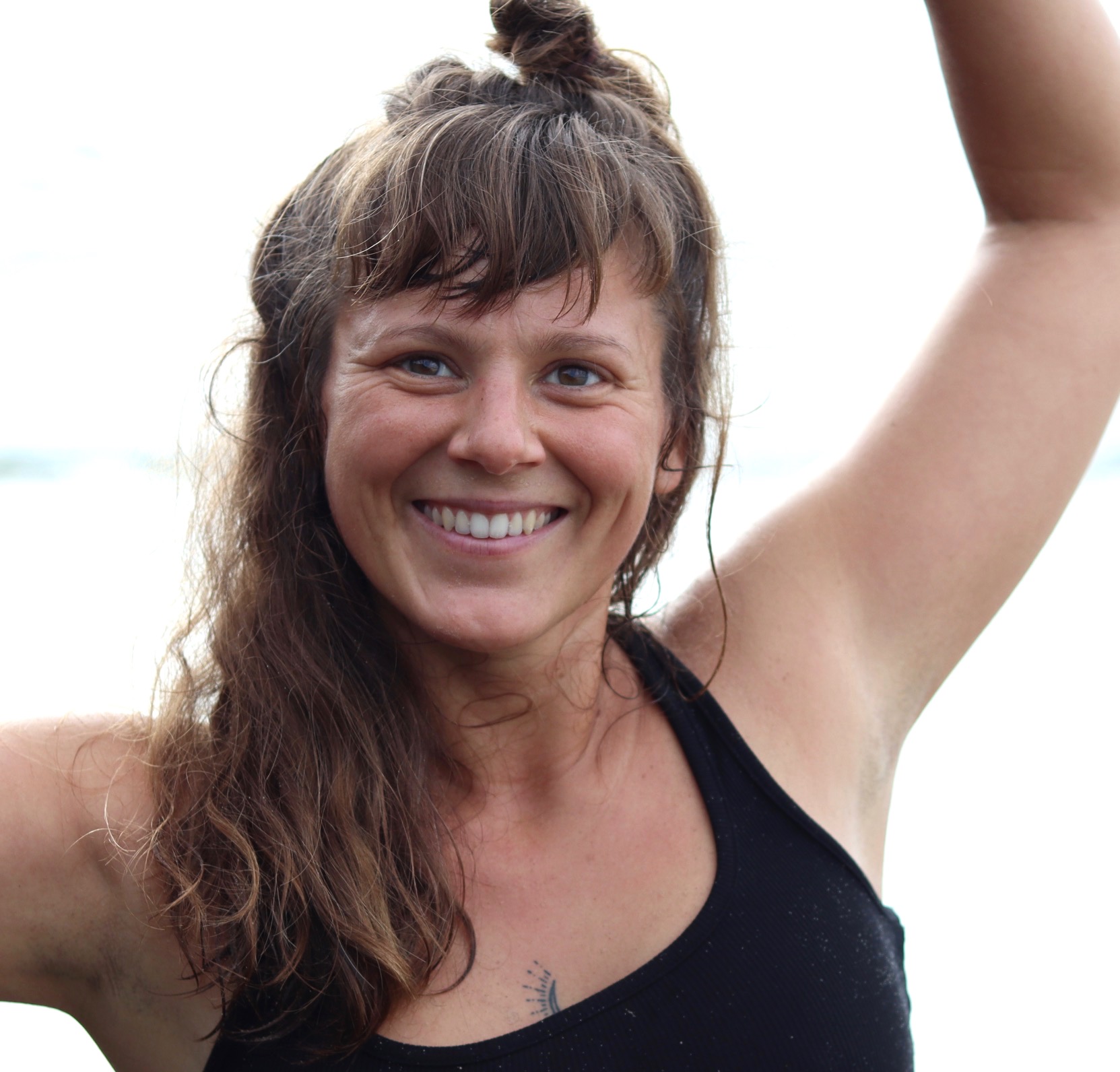 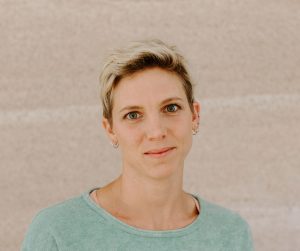 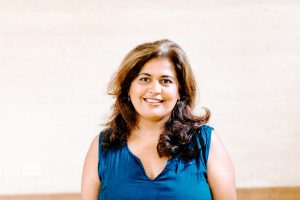 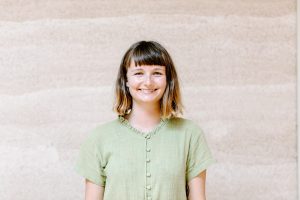 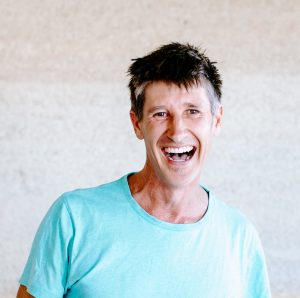 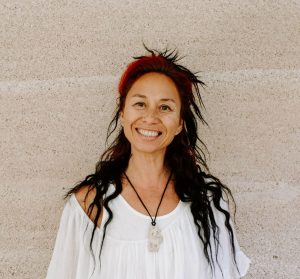 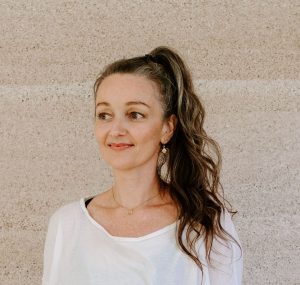 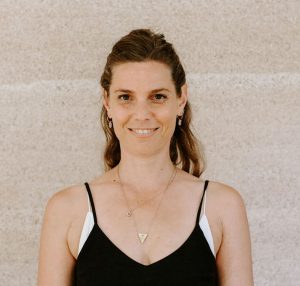 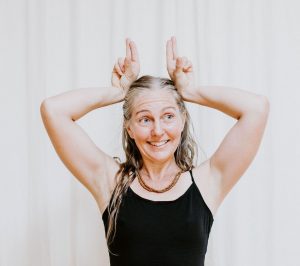 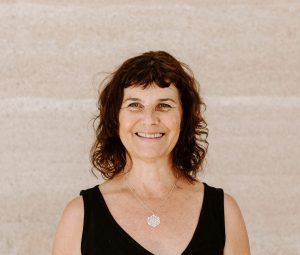